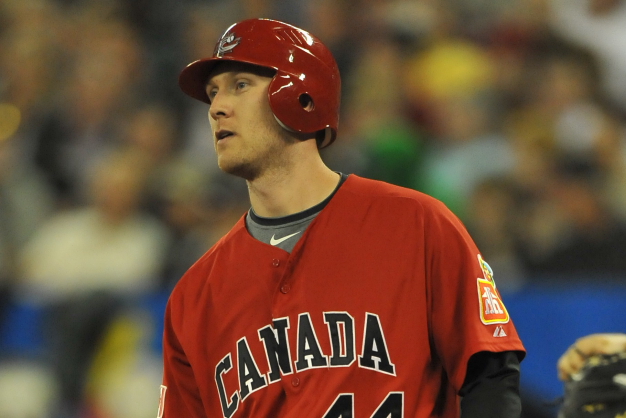 ST. MARY'S - Jason Bay's powerful hands that catch, throw, hit for average, and bash for power, led him to being named today by the Canadian Baseball Hall of Fame as the 2009 Tip O'Neill Award winner, presented annually to the player judged to have excelled in individual achievement and team contribution while adhering to baseball's highest ideals. He also uses them for texting Justin Morneau and Larry Walker, who regularly reply with everything from jabs, jokes, trash-talk and sincere words of advice that enable him to stay on top of his game and remain in constant touch with his Canadian soul-mates "I'd love to talk to them more, but with having young children and combining that with our pressing schedules and changing time zones, texting is just more practical ," said Bay by telephone from his Washington home where he resides with his wife Kirsten and daughters Addison and Evelyn. "Justin (Morneau) rides me when I'm slumping saying I've got to step it up and things like that. We continually rip each other. He is just a beast offensively, and he's always pushing me." "Larry (Walker) transcends Canadian baseball. I've always looked up to him, especially being a fellow BC boy. And yet, despite all he has accomplished, he hasn't changed. He's totally down to earth." This is the third Tip O'Neill award for Bay, who also won it in 2004 and 2005, and places him second all-time to the nine-time winning Walker, who recently retired and was inducted into the Canadian Baseball Hall of Fame in 2009. Walker, along with fellow inductee Ernie Whitt, coached Team Canada in the 2009 World Baseball Classic as well as the 2009 World Cup. Morneau and Eric Gagné are the only other repeat-winners, with a pair apiece. Bay, who was the 2004 National League Rookie of the Year, won his first Silver Slugger in 2009, and played in the All-Star Game for the third time. The left fielder's 36 homeruns and 119 RBI led the Boston Red Sox to the playoffs, where they were eliminated by the Anaheim Angels. He scored 103 runs and had 142 hits, including 29 doubles, and even stole 13 bases. His batting average was .267, while compiling a .384 on-base percentage and a .537 slugging percentage. The well-rounded player from Trail, BC did not make a single error in his 150 games, chalking up 310 putouts and adding 15 assists. He was a Hank Aaron Award nominee, and finished seventh in the American League MVP vote. His 185 career homeruns place him fourth all-time for Canadians, trailing only Jeff Heath, Matt Stairs and Walker. Morneau, with 30 homers and 100 RBI in an injury-shortened season, finished second in the Tip voting, and Joey Votto, who batted .322 along with 25 homeruns and 84 RBI placed third. "Joey is like a sneaky big guy," Bay said about his teammate from the World Baseball Classic. "He is a tough, tough out. He finds a way to get to you. He just always seems to get the job done at the plate. He has great numbers, and nowhere to go but up." Among other Tip vote-getters were Team Canada's Rene Tosoni, and Team Canada Women's baseball star Kate Psota. "I haven't had the pleasure of meeting Rene or Kate yet, but I follow Team Canada and was thrilled for both of them to see what they did in 2009. Rene helped us win our first-ever medal at the World Cup, and seeing Kate's credentials is another indicator of women's baseball taking great steps forward in Canada," added Bay, whose sister Lauren played softball for Team Canada in the Olympics. Bay reflected on his time with Team Canada at the World Baseball Classic. "Most people would just assume that it is just another day at the ballpark, but it is the farthest thing from that. Like reaching the playoffs with the Red Sox, it is a completely different atmosphere, and takes you to a different level of pressure, expectation and exhilaration." "The feeling of national pride just cannot be matched. Wearing the Maple Leaf on your chest takes the whole 'job' aspect right out of it. It is as much fun as I've ever had on a baseball field. It's pretty cool too that we are not just fielding an 'also-ran' team - we are capable of beating anybody." Bay, whose wife Kirsten is American, was recently granted duel-citizenship. When asked if he would ever play for Team USA if asked, he replied, "First, I"m not sure if I'd even make that team. But even if I would, I would respectfully decline." Bay was asked what advice he would pass along to a Canadian teenager with baseball aspirations. "It is certainly more likely now for a Canadian to make it. It is no longer a disadvantage to be Canadian, and we are no longer novelties in the Major Leagues." "There are two things. First, you must have a fall back plan. It is still a long, tough road, and so your schooling is critical," said Bay, who studied Finance while playing baseball at Gonzaga University in Spokane, Washington. "And secondly, if you really think you deserve a chance, then take it seriously. They won't get serious about you until you prove that you are serious about baseball." Bay politely declined to speak about his free agency situation, which is expected to be sorted out soon. Also receiving Tip O'Neill Award votes were Ryan Dempster, Rich Harden, Erik Bedard, Scott Richmond, Blake Hawksworth, Mark Teahen, Matt Stairs, Russell Martin, Chris Robinson, Pete Laforest, Tyson Gillies, Matt Kniginyzky, Nick Bucci, Shawn Bowman and Trystan Magnuson. Past winners of the James "Tip" O'Neill Award: 1984 - Terry Puhl 1985 - Dave Shipanoff 1986 - Rob Ducey 1987 - Larry Walker 1988 - Kevin Reimer 1989 - Steve Wilson 1990 - Larry Walker 1991 - Daniel Brabant 1992 - Larry Walker 1993 - Rob Butler 1994 - Larry Walker 1995 - Larry Walker 1996 - Jason Dickson 1997 - Larry Walker 1998 - Larry Walker 1999 - Jeff Zimmerman 2000 - Ryan Dempster 2001 - Corey Koskie & Larry Walker 2002 - Eric Gagné & Larry Walker 2003 - Eric Gagné 2004 - Jason Bay 2005 - Jason Bay 2006 - Justin Morneau 2007 - Russell Martin 2008 - Justin Morneau 2009 - Jason Bay 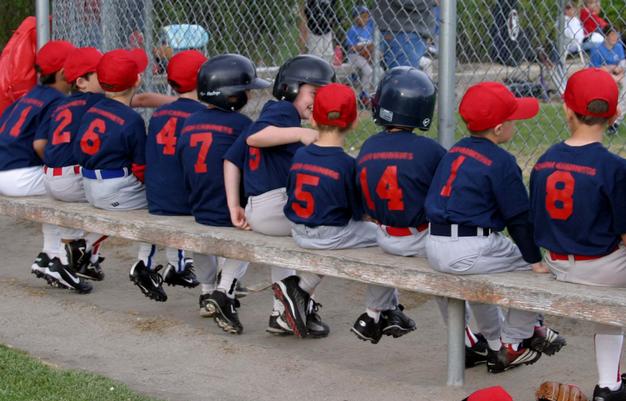 OTTAWA – How would you like to meet Mike Saunders at a special celebration of baseball achievements?

St. Marys – Justin Morneau and Jason Bay are strong contenders to become the only player other than nine-time winner Larry Walker to snag more than two Tip O’Neill Awards, presented by the Canadian Baseball Hall of Fame annually to the player judged to have excelled in individual achievement and team contribution while adhering to baseball's highest ideals. 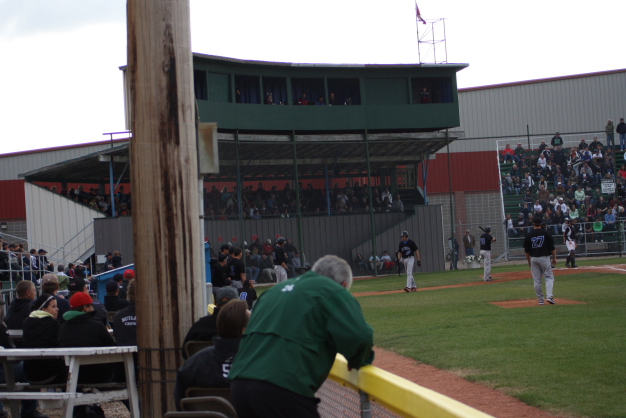 The Canadian Sport Tourism Alliance (CSTA) is pleased to announce it is now accepting nominations for the third annual PRESTIGE Awards. The nomination forms, criteria and supporting documentation can be found on-line. (www.canadiansporttourism.com) 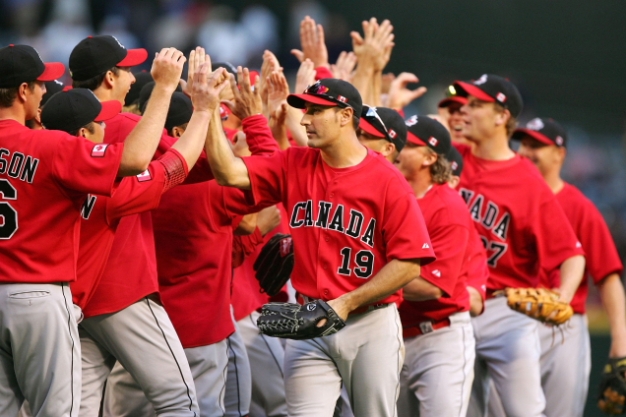 Coalition forms to rally for team sports in Canada

TORONTO, ON – The large majority of Canadians who participate in sport do so as part of a team. Yet only 17 per cent of the government’s core athletic funding goes to team sport organizations. 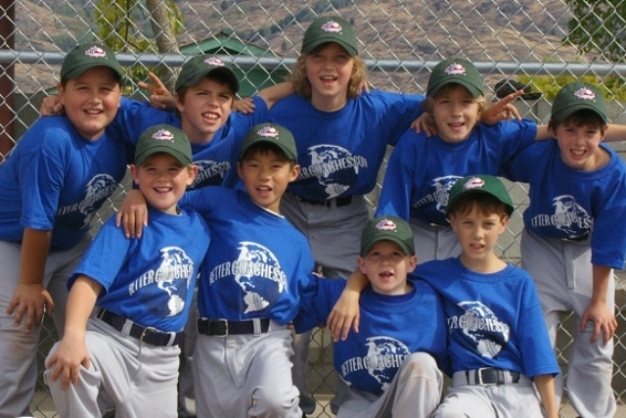 OTTAWA – Across the country, provincial associations are implementing the Rally Cap program in their local Minor Associations to replace the younger levels such as Tee-ball, Rookie and even Mosquito. In Prince Edward Island, they have taken it a step further.

OTTAWA – How would you like to meet Justin Morneau at a special celebration of baseball achievements? 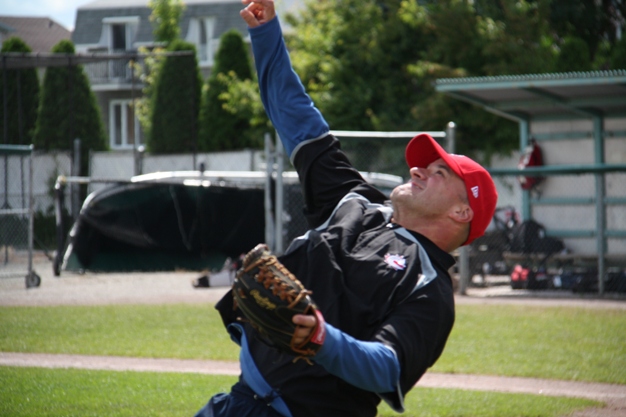 OTTAWA – Mike Goyette of Sherbrooke, Québec has attained another of his many coaching dreams. In fact, he has become only the fifth baseball coach in Canada to earn the High Performance Coaching Diploma from the National Coaching Institute (NCI) in Montreal. 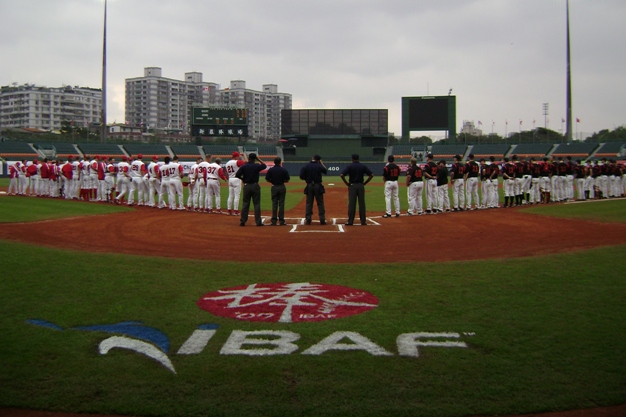 Fraccari elected President of the IBAF

LAUSANNE, Switzerland – Riccardo Fraccari of Italy was elected President of the International Baseball Federation (IBAF) on Sunday to conclude the federation’s weekend-long continental meetings and Congress.