Short Hops: Schroder commits to VIU baseball program
February 19, 2021 - Short Hops is a weekly look at news and information that is of interest to the Canadian baseball community from the pros to the local sandlots...
Read More...

Baseball Canada among Canadian Sport Organization teaming up to develop the Gender Equity Playbook
August 12, 2020 - Baseball Canada is pleased to announce its participation in a partnership with Canadian Women & Sport, Alpine Canada, Athletics Canada, Rowing Canada Aviron and Canada Snowboard to pilot and support the development of the Gender Equity Playbook...
Read More...

More News
Browse through all the previous news from Baseball Canada...
Read More... 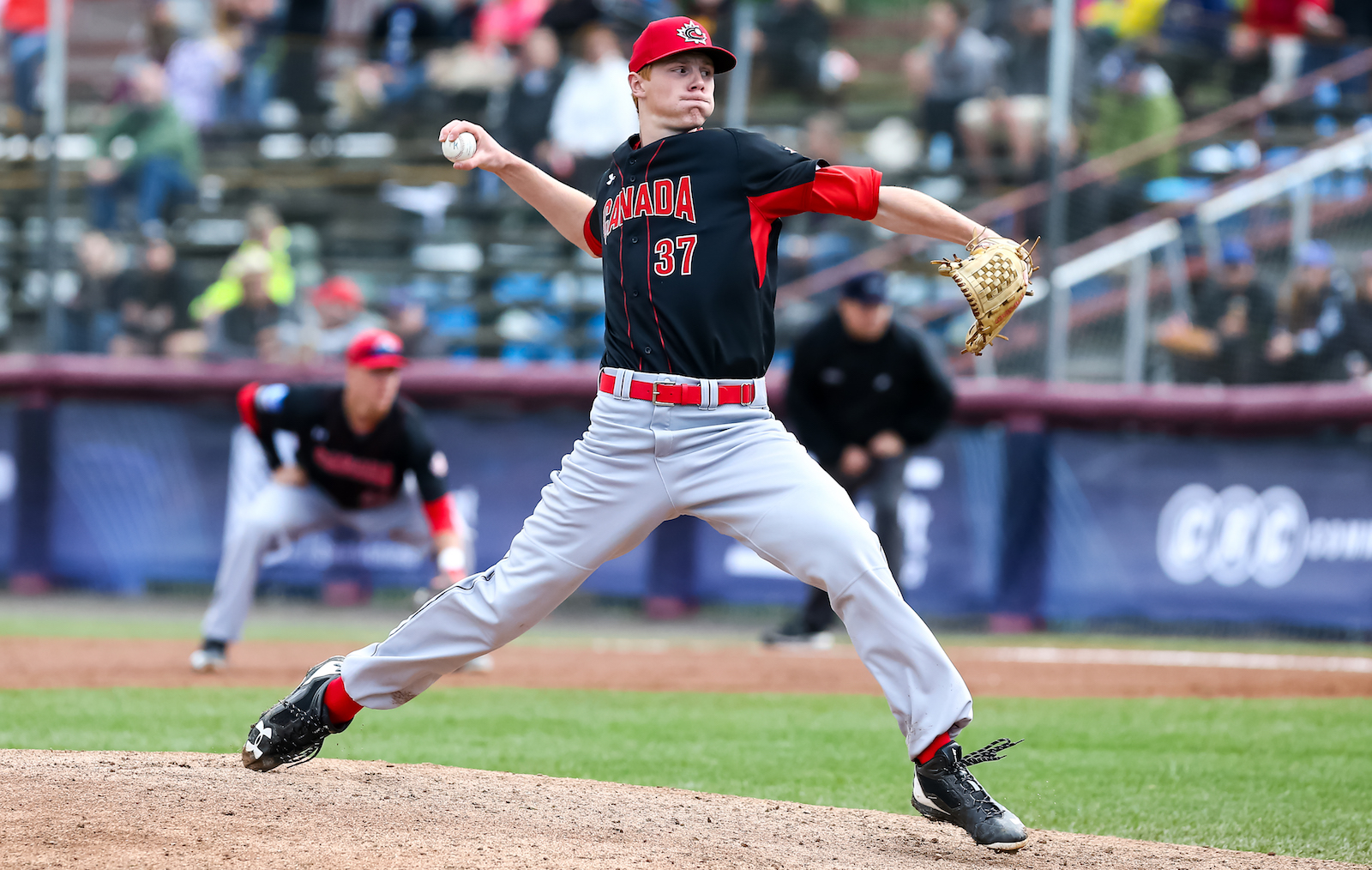 Québec hammered-out twelve hits and rode the pitching of Camille Huppé (Gatineau, QC) and Anne-Sophie Lavallée (Boucherville, QC) to beat Nova Scotia 11-1 via the mercy rule. Québec exploded for five runs in the 3rd inning thanks in part to a single and a run scored by Huppé to help her own cause. Huppé struck out six batters in three innings before giving way to Lavallée for the final two innings. The loss aside, Nova Scotia received strong offensive performances from Kesley Brumm (Dartmouth, NS) who was 3-for-3 and Jenna Jackson (Steam Mill, NS) who was 2-for-2. Québec put up five more runs in the 5th, highlighted by a Gabrielle Lazzer (Otterburn Park, QC) two-run single to seal the victory.

Ontario jumped on the board with a seven-run 1st inning and never looked back as they defeated Alberta 17-0. Mikaela Kehoe (Amherstburg, ON) paced the offence with two hits and three runs scored while Jessica McKibbon (Toronto, ON) recorded the victory as she fanned six Alberta batters. Other top performers for Ontario were Victoria Saunders (Toronto, ON) with two hits, an RBI and three runs scored and McKyla Brasil Mississauga, ON) who went 3-for-3 with an RBI and a run scored.

Nova Scotia rebounded from their earlier defeat and scored a 16-6 win over Ontario 2 to pick up their first win of the tournament. Nova Scotia blew the game open in the 2nd inning with six runs to take a 9-1 lead. Maria Roy’s (Hammond’s Plains, NS) triple scored two runs to key the offence in the inning. Kesley Brumm continued her solid play as she went 3-for-4, scoring 3 runs to go along with 2 RBI. Jillian Stymest (Kingston, NS) was the winning pitcher as she struck out 5 batters and Bailey Cameron (Woods Harbour, NS) followed that up with 5 strikeouts of her own in 2 innings of work. Melissa Fiorillo (Bolton, ON) was 1-for3 with 2 RBI and a run scored in a losing cause for Ontario 2.