Onyshko and Osborne suited up for the Junior National Team program back in 2013 and will be making their national team debuts with the senior squad.

For McGuigan, it will be his first time representing Canada.

Born in Hong Kong in 1995 to Canadian parents, Laura (Corner Brook, Newfoundland and Labrador) and Steve (Toronto), McGuigan assumed their citizenship before the family relocated Austin, Texas where he played youth and high school baseball.

McGuigan (pictured below) then spent four seasons pitching at the University of Richmond in Virginia before signing with the Mariners as an undrafted free agent in 2019. 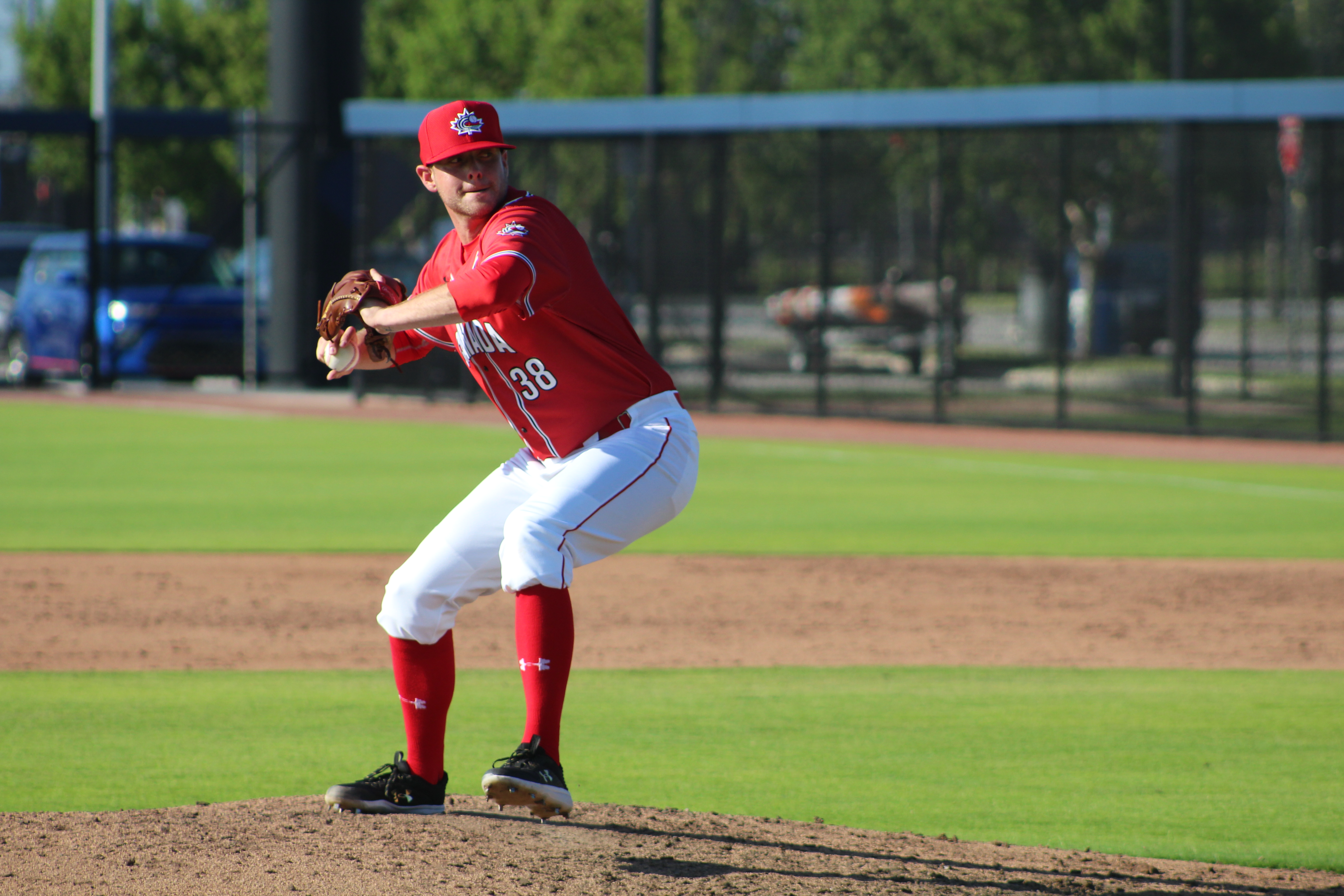 The 25-year-old does have a familiar face in the Team Canada clubhouse as he was roommates with Ben Onyshko when they played at Low-A West Virginia together in 2019.

McGuigan and Onyshko, along with Ryan Kellogg (Whitby, ON) all saw against in a scrimmage contest against the Fort Lauderdale Stars as Team Canada played their final tune-up contest prior to opening the WBSC Baseball Americas Olympic Qualifier on May 31st against Colombia.

The team will hold daily practices on Friday through Sunday. 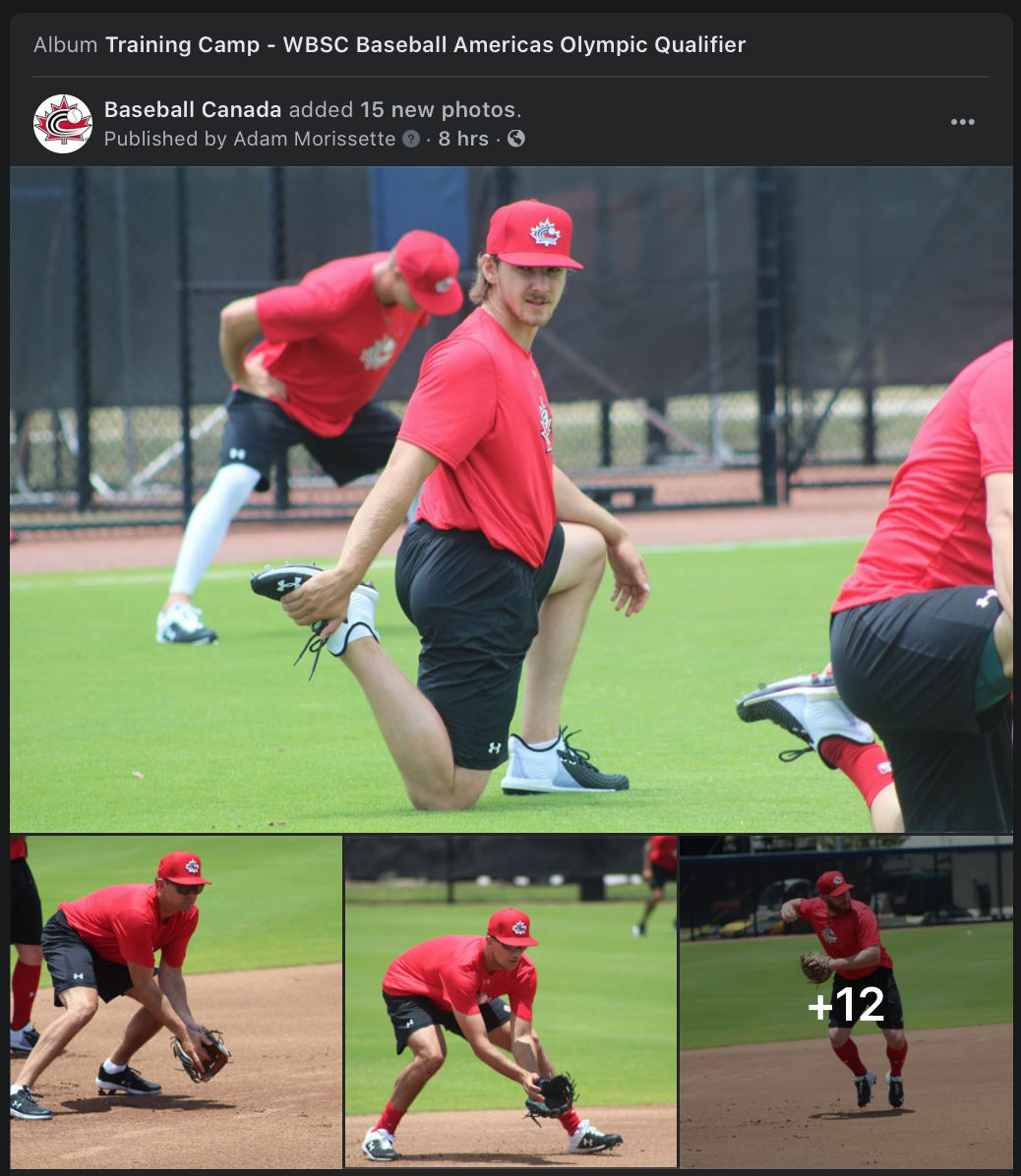 VERO BEACH – Florida – Team Canada held a morning workout at The Ballpark of the Palm Beaches in West Palm Beach before hitting the road to historic Holman Stadium on the grounds of the Jackie Robinson Training Complex in Vero Beach to face Team USA in the second of two scrimmage contests.

The trip to Vero Beach was a homecoming of sorts for coach Paul Quantrill who called the former spring training complex of the Los Angeles Dodgers home when he was a Dodger prior to the 2002 and ’03 seasons.

Holman Stadium was built in 1953 and was the former spring home of the Brooklyn Dodgers.

Seabrooke pitched a scoreless eighth inning while Wood played the whole game at third base.

Team Canada will return to West Palm Beach on Thursday for a team workout and scrimmage game against the Fort Lauderdale Stars.

WEST PALM BEACH, Florida – Team Canada opened training camp today at The Ballpark of the Palm Beaches with a brief workout followed by a scrimmage contest against Team USA.

The theme of the day was “get your work in” as Manager Ernie Whitt stressed the importance of his squad being ready to compete when the WBSC Baseball Americas Olympic Qualifier gets underway on May 31st when Canada takes on Colombia.

Canada received some quality performances on the mound including lefthander Andrew Albers (North Battleford, SK) who worked 4.2 innings allowing two runs in the first before shutting the United States down for the next four frames. Reliever Trevor Brigden (North York, ON) followed with two scoreless innings before Dustin Molleken (Regina, SK) and Scott Mathieson (Aldergrove, BC) worked a scoreless inning each.

Both teams will meet again on Wednesday at Team USA’s training camp base in Vero Beach.