OTTAWA- Baseball Canada is pleased to announce the names of 13 athletes in the 16U girls baseball category who have been identified (ID’d) by officials of the Women’s National Team program.

These athletes were on the path to compete on the “Prospects Team” at the Women’s Invitational Championships later this year in Stonewall, Manitoba prior to the event being cancelled due to Covid-19.

“Our intent behind identifying these athletes is to keep them motivated throughout the year as they continue to work towards their baseball goals,” said Women’s National Team General Manager André Lachance. “Given that we’re in a unique circumstance with baseball being shutdown due to the pandemic, we wanted to come up with a way to keep these athletes engaged in our sport and programming.”

The 13 athletes that have been identified competed in the 16U Girls Invitational last summer in Bedford, Nova Scotia that had representatives from all ten provinces for the first time in event history.

*Please note that the identified athletes all fit into the 16U age category (Born in 2004 or after). Overage athletes, although eligible to play on the Prospects Team, were not included on this list. 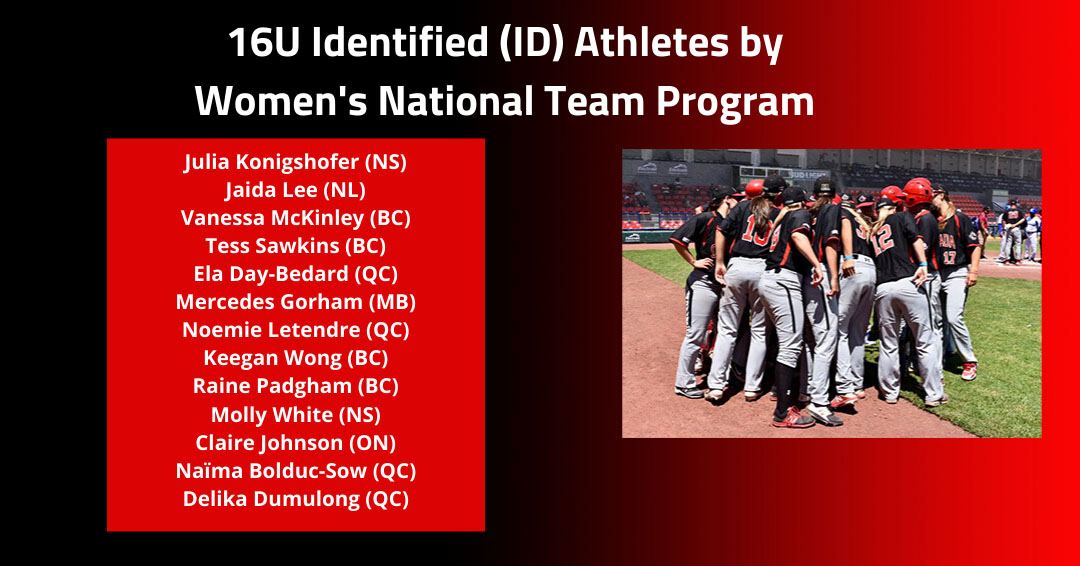