DUNEDIN, Florida – The Junior National Team is participating in a Pre-Draft Training for the next 12 days based out of the Toronto Blue Jays Player Development Complex (PDC) in Dunedin.

Ty Doucette’s (Dartmouth, NS) two-run double in the top of the ninth proved to be the difference as Canada Grey earned a 7-6 win over Canada Red to pick up their second win in as many days.

Hugh Pinkney (Toronto, ON) had three hits and drove in three runs for Canada Red while Sam White (Aurora, ON) collected three hits including a double to go along with two RBI’s for Grey.

Max Hartman (St. Albert, AB) went 4-for-5 with a triple and drove in two runs while Jakob Poturnak (Vancouver, BC) drove in two with a three-hit performance to lead Canada Grey to a 10-4 win over Canada Red.

Grey also received two hits including a double from Hugh Pinkney (Toronto, ON) as they recorded 11 hits on the afternoon.

Ty Hamilton (Orleans, ON) paced the offence for Canada Red with three hits including a two-run homer to right field in the top of the ninth to go along with three stolen bases while Detien Lachance (Sherbrooke, QC) doubled and had one RBI.

Dylan O’Rae (Sarnia, ON) chipped in with two of Canada Red’s nine hits.

Ty Doucette’s (Dartmouth, NS) ninth inning homer put Canada Grey in front by a run but it was Canada Red who responded in the ninth with a run on a Detien Lachance (Sherbrooke, QC) single as both teams played to a 4-4 tie.

Doucette, who homered on a 2-2 pitch to lead off the ninth, finished the day 2-for-5 with two RBI while Sam Shaw (Victoria, BC) collected three hits with Jakob Poturnak (Vancouver, BC) and Charles-Olivier Cyr (Saint-Jean-sur-Richelieu, QC) collecting two hits each for a Grey squad that had nine hits overall.

For Canada Red it was Sam White (Aurora, ON) who came up bug at the plate with two doubles including one in the ninth that set the table for Lachance’s game-tying single.

The Phillies waited until the ninth inning to get their offence going including a two-run homer and scored three times in the frame to hand the Junior National Team a 3-2 loss.

Reliever Ty Hamilton (Orleans, ON) suffered the loss allowing a run to score on back-to-back singles before the homer put the Phillies in front.

The juniors had scored two runs in the third with Tyrus Hall (Victoria, BC) doubling to centre to lead off the frame before scoring on a wild pitch while Cameron Chee-Aloy (Toronto, ON) singled home Sam Shaw (Victoria, BC).

Jérémy Pilon (Valleyfield, QC) had given the juniors a solid start on the mound working 2.2 scoreless innings where he scattered two hits and walk while fanning three batters. Jack Pineau (Thunder Bay, ON) picked up where Pilon left off with four innings of shutout baseball that saw him strikeout six batters while allowing just two hits and a walk.

For the second consecutive game a late rally got the better of the Junior National Team as five eighth inning runs gave the Toronto Blue Jays FCL club a 7-5 win.

The juniors grabbed a 5-2 lead after seven innings with runs in each of the fifth, sixth and seventh frames to break a 2-2 tie.

Hugh Pinkney (Toronto, ON), Ty Doucette (Dartmouth, NS) and Keegan O’Hearn (Oshawa, ON) each had an RBI with Pinkney doubling in a run in the fifth and drawing four walks to reach base in all five of his plate appearances while Ty Hamilton (Orleans, ON) had a double and scored a run.

Chase Marshall (Surrey, BC) fired five scoreless innings, but the New York Yankees prospects scored to go ahead run in the top of the ninth to come away with a narrow, 2-1 win.

An RBI double in the ninth gave the pinstripes the lead in a close contest that saw the Junior National Team outhit the Yankees, 5-4.

Marshall’s five inning performance saw the right hander give up just one hit and four walks while he struck out five batters.

Zak Szabo (Whitby, ON) took over for Marshall in the sixth with a one run lead before the Yankees tied the score in the seventh. Szabo worked four innings and struck out two batters.

Sam White (Aurora, ON) paced the Junior National Team offence with a pair of hits and drove in the lone run with an RBI groundout in the sixth.

The Toronto Blue Jays FCL squad scored early and often with the Junior National Team offence until to reach the scoreboard until late in the ballgame in a 7-2 defeat.

Ty Doucette (Dartmouth, NS) recorded two hits and drove in a run as the Juniors scored singles in the eighth and ninth frames.

The New York Yankees FCL club took a 2-0 lead into the bottom of the fifth before the skies opened up cancelling the remainder of the game as they handed the Junior National Team a rain shortened defeat.

The Yankees struck for a run in the bottom of the first using a base hit, walk and error for an early lead before adding another run in the third.

Starting pitcher Parker Burgess (Douro-Dummer, ON) was charged with one earned run over 3.1 innings of work allowing two hits and five walks with one strikeout.

Hugh Pinkney (Toronto, ON) led off the second inning with a single but was thrown out at second base attempting for a double.

Reece Usselman (Langley, BC) and Kaleb Thomas (Hagersville, ON) limited the Philadelphia Phillies Florida Complex League (FCL) squad to just one run while Cameron Chee-Aloy (Toronto, ON) belted a home run as part of a 3-for-5 game at the plate to lead the Juniors to a 7-1 win.

With the game taking place at the Carpenter Complex in Clearwater, the Juniors jumped out to a 1-0 lead in the third on a Myles Naylor (Mississauga, ON) sacrifice fly before scoring three times in the fifth with Hugh Pinkney (Toronto, ON) cashing in two on a triple while Ty Doucette (Dartmouth, NS) added an RBI single.

Chee-Aloy’s homer came with two out in the sixth on a fly ball to right field while Ty Hamilton (Orleans, ON) added an RBI single in the seventh.

Usselman worked five scoreless innings allowing just one hit and a walk while striking out four before Thomas took the mound for the last four innings and gave up one run on three hits and walk to go along with three strikeouts. 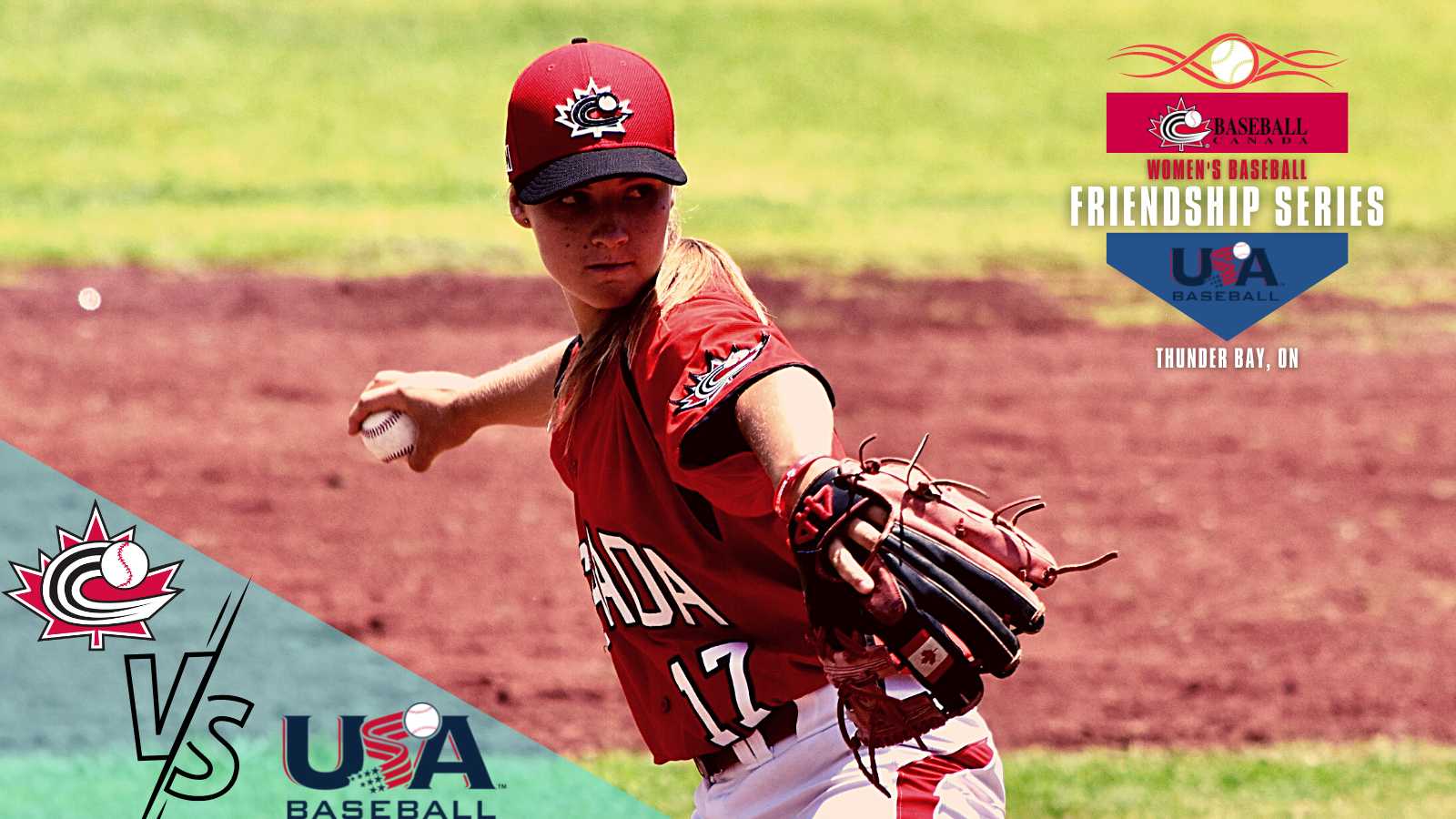 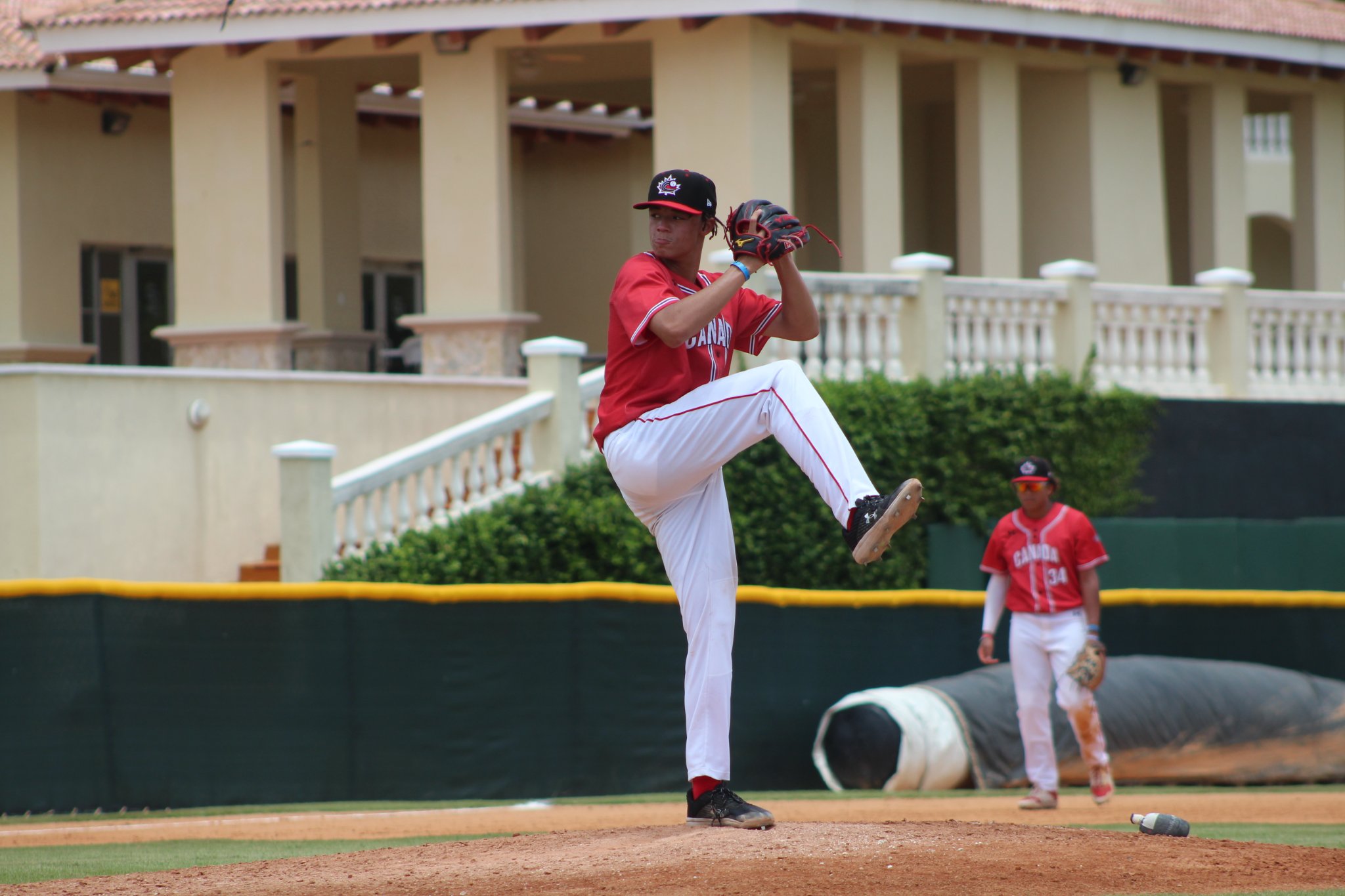 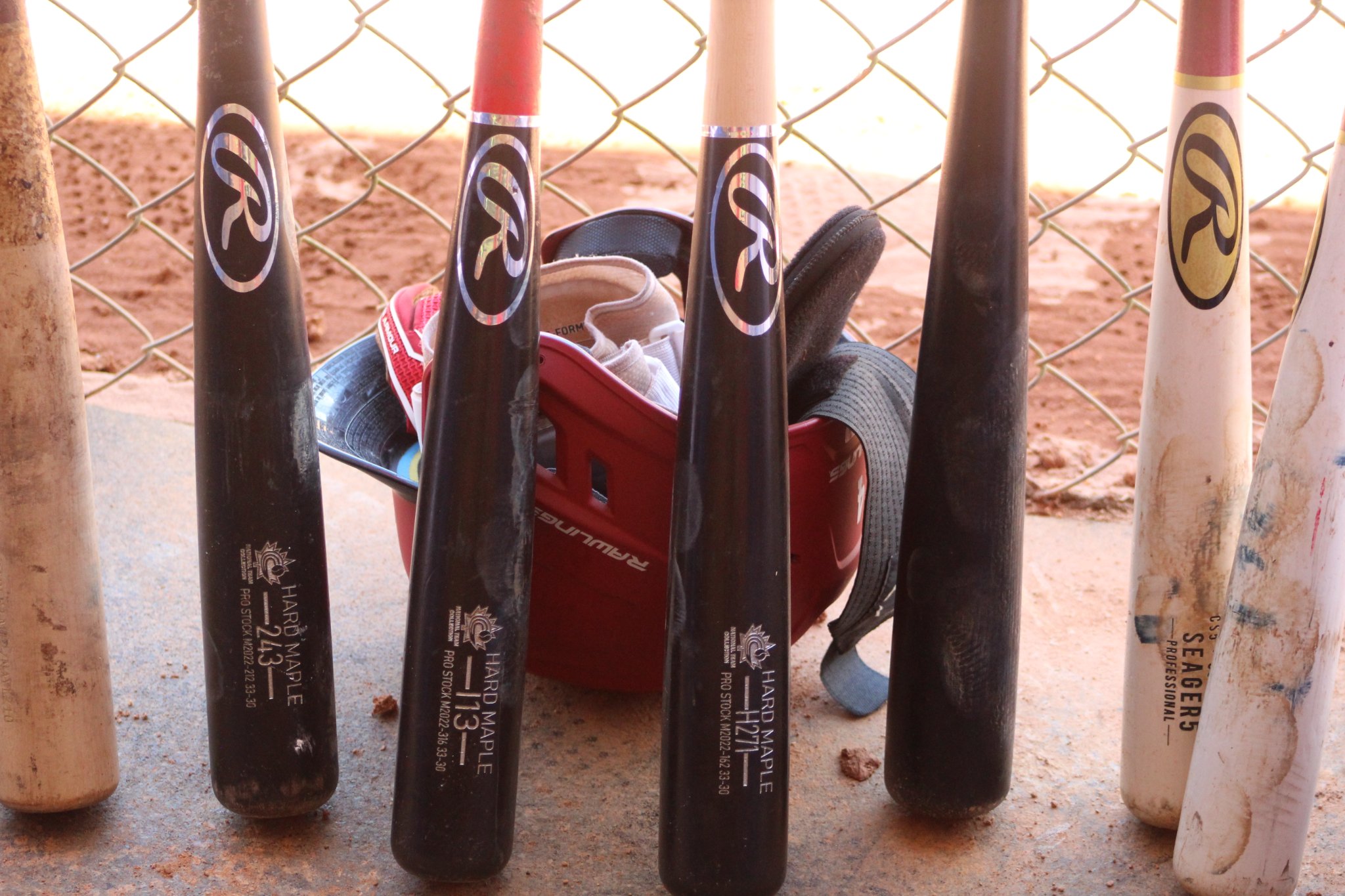